How seriously do you consider user experience for your internal applications? There  seems to be much discussion around creating good user experiences for outwardly facing applications; however, equally important is those that are internal, particularly if they support people that directly interact with your organization’s customers.

Here’s an example of what I mean; let’s start with some context.

My family and I were flying back from Australia earlier this week. In order to make our flight, we got up very early (4am) to do final prep before our taxi picks us up.We made plans to arrive a little over 2 hours 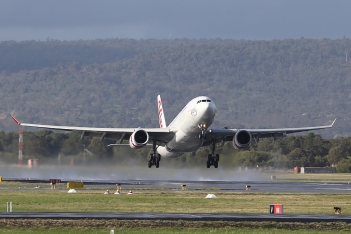 prior to our flight knowing that would be sufficient to check-in, make it through security, and have a coffee. We’re going to be flying domestic to Sydney before boarding our international flight to LAX and then transfer to their affiliate airline domestically back to DC. We have a premium economy seating internationally and domestic internally; that isn’t offered domestic in Australia (only economy and business).

We arrive at the airport without a hitch. Because we are starting off domestically and not going straight international from Melbourne, we go up to the domestic agent to do our check in. She is very pleasant and nice! (Particularly for this early in the morning, which is about a 5:40ish and a bit earlier than even we anticipated arriving.)

First up, we provide our information and US passports and at her request place our first bag up for weighing. She states that we’re overweight on our bag. The policy of the airline as we had checked it, was 32kg international premium economy (it was 23kg for just economy). I personally checked each bag with a sale we bought as we packed it and ensured we were well under for each bag (greater than 4kg). My wife pleasantly points this out; our agent wasn’t argumentative, but stated she would have to check since we started off only on economy. About 5-6 minutes later when she returned, she had her answer that yes it was allowed. By the time she had gotten back, my wife already had the policy pulled up on their own website. UX point #1: This should have been available on the screen to her without her having to go check with someone (presumably a manager).  Perhaps an agent at a check-in for international would have had this available, but I doubt it; most likely they would just know the policy due to necessity. Given the airlines current route structure, MOST international flights to places in other parts of the world would fly from airports other than Melbourne, thus this ‘help’ feature would have made sense to be made available to every agent.

So she returns to entering our passport information. She apologizes that she has to key in the address we are going to (in this case our home address) for each person separately and thus consumes more of our (and her) time. We casually discuss that this multiple entry seems inconvenient. UX point #2: There should have been a way for identifying people flying together as being members of the same household so that the address field would only be need to be entered once. There is good reason for having this as an option; I could tell she was a bit frustrated about it and it was preventing her from helping others in the line as the airport got busier. She remained very pleasant to us and it never impacted us being able to depart on time.

My wife is both a US and Australian citizen, where as I and my son are just a US citizens. The next issue came up when she entered my wife’s passport information; it didn’t want to let her complete the transaction since she hadn’t entered in on a visa.  She had flown in on her Australian passport since she is an Aussie citizen and didn’t need a visa, where as my son and I entered on visas. So she swapped to using my wife’s Aussie passport; now it wanted a visa for entering the US. After a bit of hassle and finally asking someone, she found out that it wasn’t possible to enter two passport numbers on the screen without having someone link the records on the back-end (presumably some configuration/database entry) to enable that feature. UX point #3: the developers had not considered the persona of a dual citizen and now it had become a clunky customer support  feature. There are lots of dual citizens in Australia, particularly with Britain.

So at this point, let’s stop for a moment and consider perhaps a deeper cause to these three UX points. (BTW, I never saw her screens, but the last two had her frustrated enough that she was pleasantly talking through what she had to do.) I would venture to guess that the development team, and particularly the product owner/business representative, of this application never fleshed out many personas of either the agents nor the customers they would be helping. They probably ONLY considered ‘agent’ role as the one possibility and never the people they help.

Want to improve the product owner’s ability to support her or his user base? Help them understand their customer and that customer’s customer using customer journey maps. (I particularly like using the Lego Customer Experience Wheel or the Innovation game Start Your Day.) Flesh out the personas with Empathy maps and further refine your backlog based on these.  If you want to understand better how backlogs change based on personas (whether it be customer persona or role), check out the game “Backlog is in the eye of the beholder” game.

Organizational or business agility means attending to customer needs; gaining the right UX/CX experience in your product, release, and iteration planning is key to doing that right.

(Incidentally, we had overall CX impacts with how the airline had negotiated arrangements in how people are physically moved by a bus between terminals in Sydney as well, so using customer journey maps can really help give you a holistic view in how to improve your relationships with them, something that is all important these days.)